To everyone who has bought, read, given, mentioned – even raved – about Art on the Block since its publication three months ago, I send a heartfelt 'Thank You' and warmest wishes for the New Year. 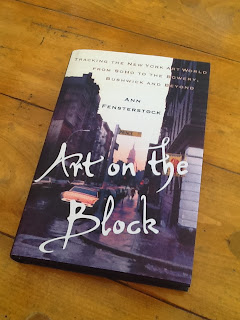 If you have been following my Facebook Page at https://www.facebook.com/ann.fensterstock or my web site at www.annfensterstock.com you'll have seen that the book has been very strongly reviewed.

In addition to two radio interviews and a rather startled appearance on Loren Munk's infamous Rough Cuts, the book was reviewed or recommended in six print publications, on four on-line sites and was included in the Holiday Gifts lists of both The New York Times and Artinfo. I am enormously grateful to all of the critics, bloggers, radio hosts and videographers who picked it up, and thrilled with the serious consideration and 'on the mark' critiques it's received so far.

September and November were busy with signings at bookstores and galleries and in December I was invited to a number of private events where the history of art or the urban sociology of New York City were the subject at hand. 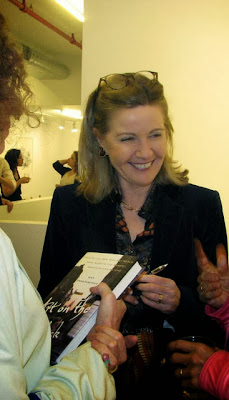 Large chain book stores and major museums had the book on their 'New Arrivals' tables and it was available in the D. A. P. booth at Art Basel Miami Beach. Again – sincere thanks to you all for your part in getting the title out there. 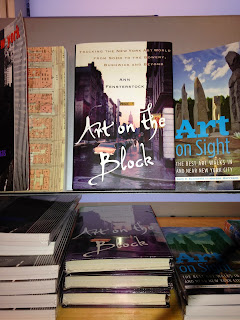 As the new year gets underway I am now scheduling events for February and  March. If you have plans for panel discussions, Q & A's, book groups or literary talks and think that I could add value to your discussion, please don't hesitate to contact me. Now that the book has been so well received I'm anxious to push even harder to promote it.

A lot of terrific people – artists, dealers, not-for-profit directors and other art world professionals – gave me their time and their trust in telling their stories. I want to get those stories onto as many book shelves as possible.

I can be reached at:

Posted by Ann Fensterstock at 4:06 PM No comments: